Downtown Portland has some world-class menswear shops and famously good coffee. Here's what I got up to on my Downtown PDX Microtrip.

Downtown Portland Oregon has a long and storied history. Portland itself was originally founded as a lumber town in the early 1800s. But it wasn't until the late 19th century that it began to grow into the bustling-yet-accessible city we know today. The arrival of the railroad in 1883 brought new industry and investment to Portland. By the early 20th century, the city was a thriving metropolis.

Today, "The PDX" is perfectly sized for a microtrip. Downtown Portland is famous for its eclectic mix of shops and restaurants. The city features colorful people, great food, and plenty of businesses-as-landmarks, like Voodoo Donut and Powell's Books. There's something for everyone in this busy-but accessible city center. With the ease of a mid-sized city fused with big-city amenities, it's not surprising that Portland has become a top destination in the Northwest.

Coffee and Menswear are Popping in Portland

Portland is a also city known for its coffee (Stumptown and Coava being highlights). But certainly it doesn't get enough credit and for menswear shopping options.   If you're looking for the best of both the coffee purveyor of men's style worlds, you're in the right place. Between its amazing walkability score and its fun variety of oh-so-unique neighborhoods, you can find many good things in this town, quickly.

I recently got a chance to spend a couple of days in The PDX, resulting in some nice little micro-trips. First up, downtown Portland. Let's see what we can get up to in a couple of hours.

First stop, Nakamuraya. Located right off one of Portland's most famous streets, Burnside. I heard good things about the place, and it didn't disappoint. The store is clean, minimal, and a feast for the eyes. They specialize in some of the mystiest Japanese and American menswear brands. Anytime a shop carries Undercover you know they have their stuff together.

Nakamuraya also carries a range of accessories, including bags, belts, and wallets. The store stocks products curated on the principles of authenticity. The focus is firmly set on fashion that will last for years rather than just seasons or weeks at a time. Nakauraya wants it to be not about the things you've got but how well these items represent who you are.

I found myself gravitating towards outerwear, as I often do.  Especially towards Nakamuraya's military vintage picks.  And the in-house (Nakamuraya) brand was severely on point. I picked up a sweet watch-knit beanie at a surprisingly accessible price point.

Lucky for me, I didn't have to go far for that coffee. Right around the corner from Nakamuraya is Courier Coffee. Portland has a lot of insanely good "local spots". And from my brief time living here years ago, I knew that there had to be something amazing close by to caffeinate my soul. And my in-city sources mentioned Courier is a local favorite, so that's where I went.

It's easy to see why locals dig this spot. Courier has the "quintessential" Portland look. Very vibey but just not trying too hard to actually be vibey. Which I guess is a vibe itself. Most important is the coffee itself. I ordered an espresso shot (to slam) and a cold brew to get me moving on to my next mission on this microtrip. On second thought, maybe I'll grab that straight-out-the-oven muffin to jam down my throat. Yum.


Close by is one of the menswear biggies that we know and love, Self Edge. If you're looking for the best in raw denim, then look no further. The Portland location offers some of the best jeans in the game. I had a chance to try on several pairs for myself to get caught up on what's popping in the denim world. Iron Heart and Pure Blue Japan were the standouts in my book.

It's also worth mentioning that Self Edge is currently doing a Rick Owens denim collab that is insane. When it comes to modern heritage, Self Edge has a little bit of everything. And it's one of the best independent menswear retailers going right now. You cannot hit up downtown without hitting up Self Edge, so pencil it in on your own microtrip.

No guide to Portland would be complete without a mention of the city's food carts. There are over 600 in total and they are scattered throughout the downtown area. (My personal favorite will always be the "Cartopia" pod in SE Portland. This is where you can get Poutine, Crepes, and more). But this is a downtown microtrip, so downtown we'll stay.

Portland food carts offer everything from Italian to Asian from vegan to BBQ. So there is definitely something for everyone. I love getting a quick bite from one of these carts, because the variety and selection are so good.

Nostalgia took over and I got a craving for something for a previous life. I went with the Korean tacos cart downtown. Still amazing. Locate one of the downtown food cart "Pods" and find something for yourself.

Downtown food Carts are located in several areas in PDX, so take a stroll and check them out.

A post shared by M A C H U S (@machusonline)

Next up, another hopppy hop jumpy jump down the road to Machus. Machus is pretty much everything I want in a men's shop.  It features an industrial-chic vibe and an amazing selection of brands. The shop is well-curated and the staff is super friendly and helpful. I had a great time browsing and trying on some new pieces from brands I wouldn't often get a chance to sample. If you are into the Avant-Garde styles, this is the place for you.

As mentioned previously, I lived in Portland for a while and I've visited a few times since leaving town. So I knew I'd be hard-pressed to choose which coffee spots to hit up in such a short time. As the day began to get on, the plot thickened. I realized I had to make a choice.

Having already been a patron of Portland coffee stalwarts like Stumptown, Spella, and Coava, I decided to try something new.  'Cause isn't that what these microtrips are all about? After some hedging I decided to check out Case Study Coffee, and I'm glad I did. I sat down for a nice cappuccino, put on my beanie from Nakamuraya, and enjoyed a few minutes of doodling. I could have shut it down for a day, but there was one more stop I was determined to check out...

Frances May is one that has been on my radar for a while. The selection at Frances May is incredible, with both men's and women's gear, but you know what I'm looking for. First off, I was stoked to see Monitaly in the shop. This is one of those signifier brands for me. Telling me pretty much everything at a place will be thoughtful and dope.

Digging further, I unearthed goodies from Needles, Nicholas Daley, and even BODE. As well as solid staples from menswear favorites Stone Island and Orslow. I'm not going to reveal the full lineup of brands here right now. Just be aware that you'll need to put Frances May on your list of stops.  Also, Frances May's houseline was a pleasant surprise. I really dig it when shops develop their own thoughtful takes on menswear.  Another must-visit shop in downtown Portland!

Some other spots I'll Check out next time

When It Comes to Menswear and Coffee, Downtown Portland Has it All

So there you have it! Downtown Portland is a veritable mecca for menswear and coffee. Throw in the food carts and could probably do multiple trips to the area. Find something new to do and enjoy each time!

If you find yourself in Portland be sure to check out the spots mentioned here today. I guarantee Frances May, Nakamuraya, Self Edge, Courier, Machus, and Case Study won't let you down. And try the food carts. Enjoy. 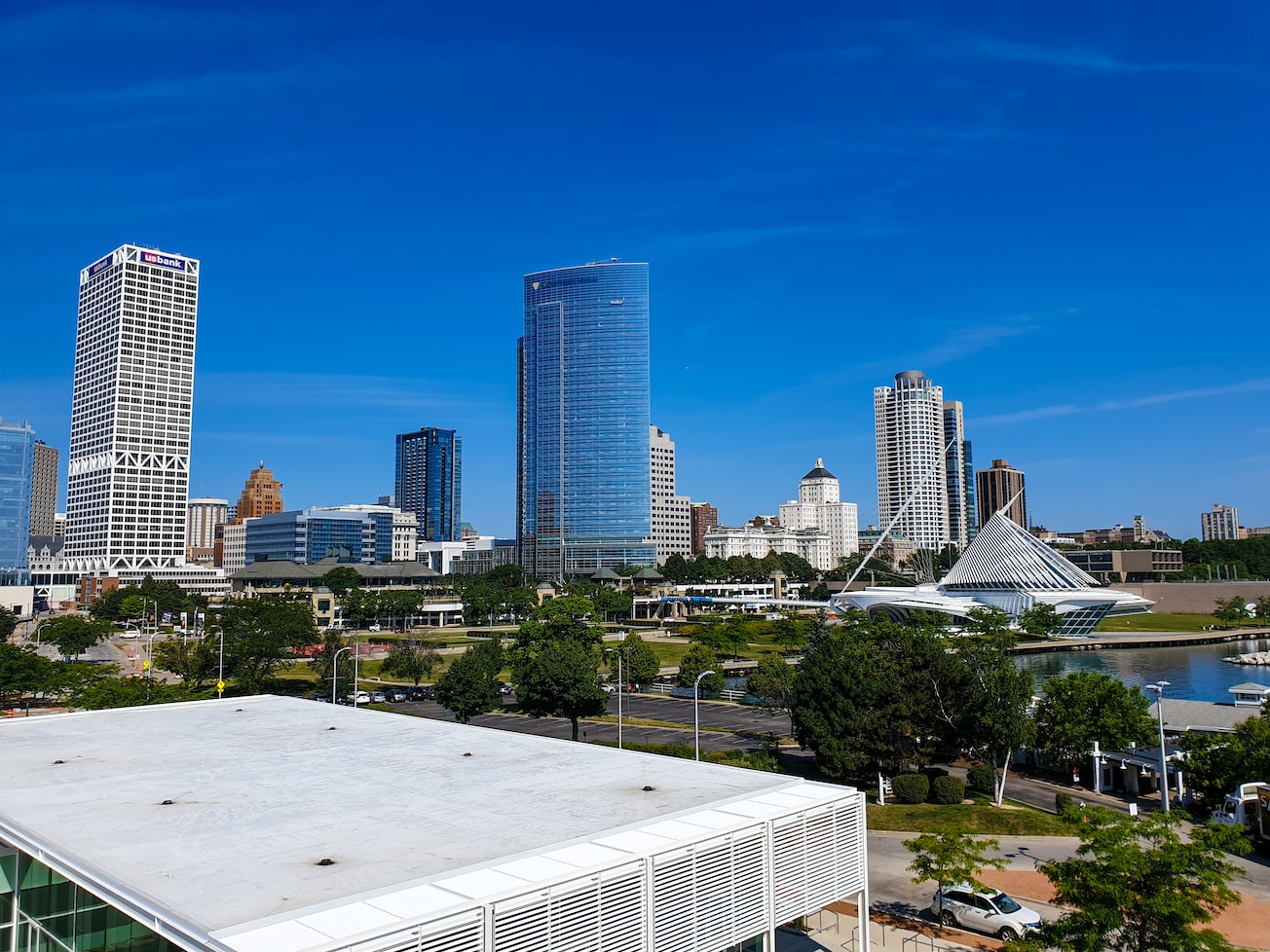 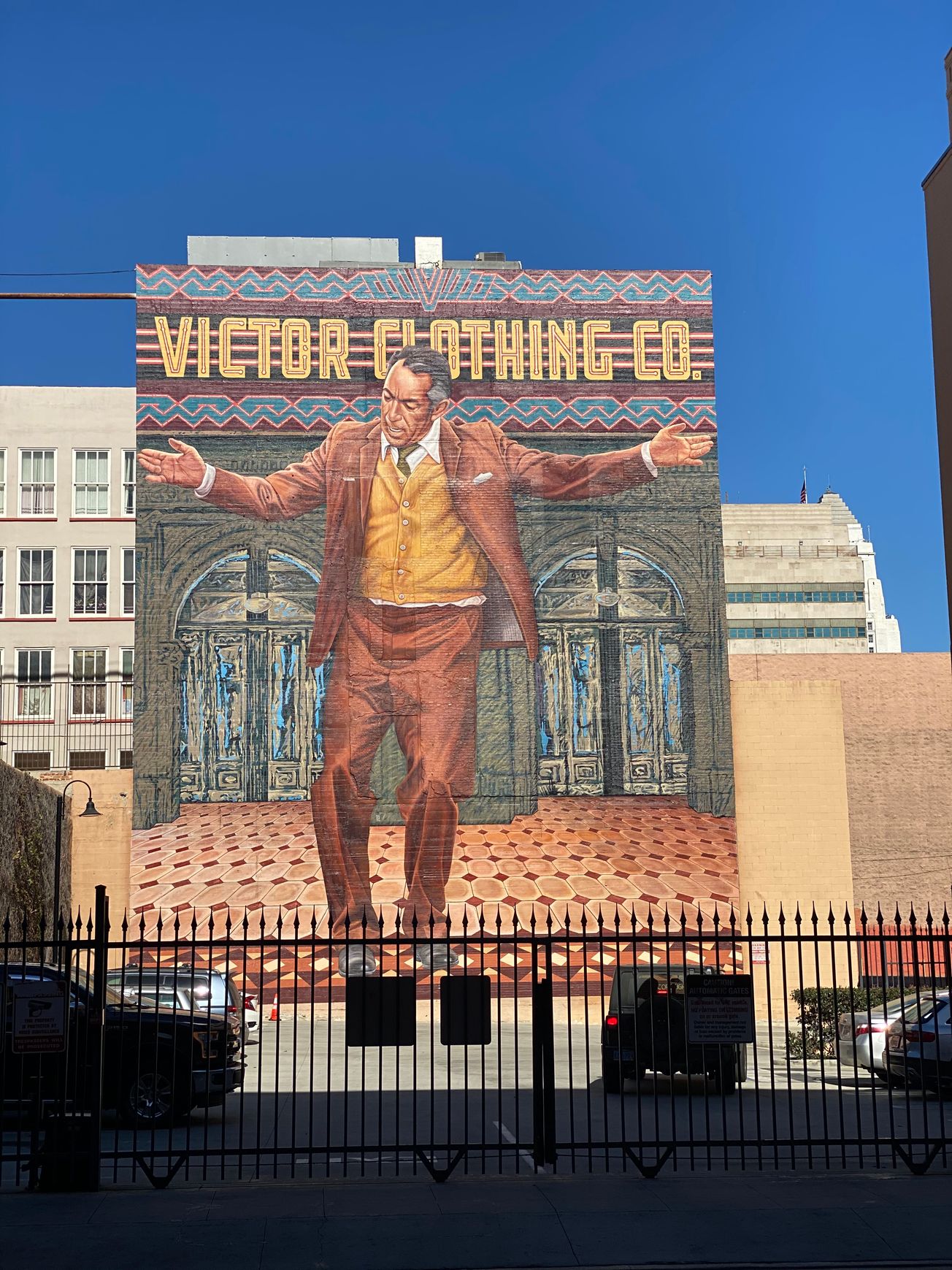 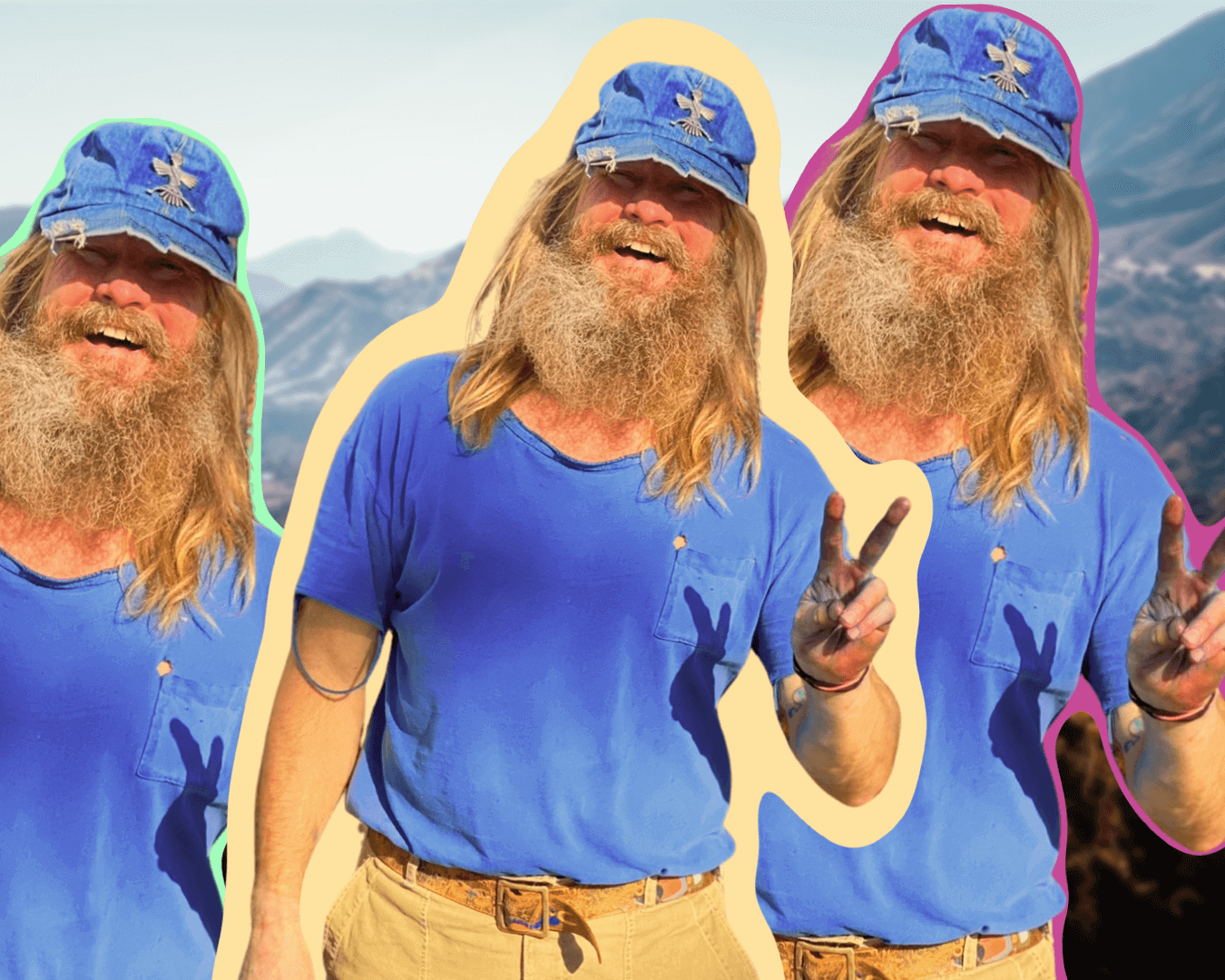 The Big Guide to Ojai, California 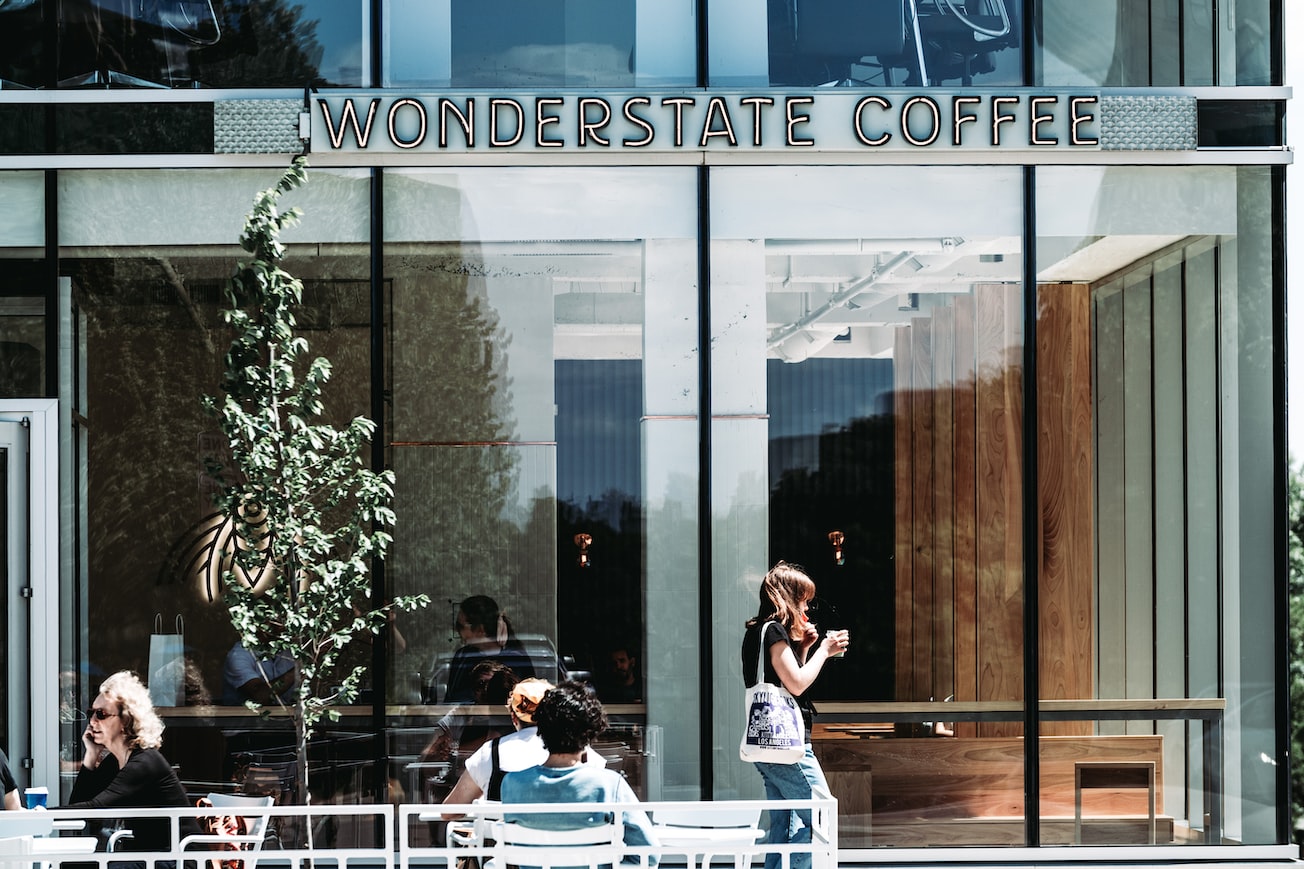