Well-made jewelry thrives despite the inevitable chaos of life. Fashion and styles change. But things we wear on wrists, fingers, and necks are virtually immune to the fickle ebbs and flows. In fact, they're often better for wear, not worse. I have no problem discarding clothes that I'm "over". Conversely, the things I've most closely kept are treasures I can wear every day. The silver bracelet my dear departed mom bought me at a craft fair in Mexico. The platinum ring from my wedding day.  The feather pendant and silver necklace from a favorite trip to San Francisco.

But like anything else man-made, jewelry is stuff, which makes it much more meaningful if it has backbone and backstory. And some designers seem born to imbue their pieces with straight-from-the-maker cred. In this category, one person who I've been wanting to speak to about his story is jewelry maker Cat Bates, who crafts beautiful, wearable art.‌

Bates's designs feature woven rope and metal that visually encapsulate the vibe of his home state of Maine. Featuring a limited but well-curated variety of leather, rope/cord, and metals, his pieces are hard-wearing, patina-developing, simple yet subtly multi-faceted.  They are perfect worn symbols of the utilitarian, grounded romanticism that draws people to Northern New England.

Not that you have to be a "Downeaster" to enjoy the fruits of Cat's labor. Bates's designs have a timeless simplicity and uncanny versatility, making them equally appropriate to wear in Brooklin, Maine, or in Brooklyn, New York.

Bate's thoughtful creations call to mind the Japanese concept of kodawari, in which the creator imbues their work with that extra bit of care and precision to make it truly notable.

While putting on a pragmatic-yet-engaging face, Bates was recently kind enough to let me tour his workshop. He gave me the lowdown on materials, and the care he takes to ensure the cordage he hand-winds is up to his standards.

After that, he took me through the "sand-casting" process, in which he creates the mold and shapes the metal that becomes the signature element of his pieces.

Finally, we observed the evidence of his finishing process, in which he polishes the metal "sister clasps" and "pelican clips", carefully discarding pieces that don't make the cut for potential repurposing.

Watching him explain what was, to him, another day at the office, I was reminded of the Japanese concept of kodawari, in which the creator imbues their work with that extra bit of care and attention to detail that may strike some as obsessive, but results in things that are obviously superior.

Here are some of the highlights of my visit and chat with Cat Bates.

First, let's talk about the influence of this region. Compared to other parts of the country, Maine is sort of known as a DIY, doing-it-my-way kind of place. That seems to line up with how you work.

Cat Bates: I don't know if that's a specific cultural decision or dedication. Perhaps it's born from necessity. Coastal Maine is a relatively strenuous place to live, even more so historically. Colonization happened here in New England first, creating self-sufficiency, so I think there is a strong engrained cultural understanding that we can do things ourselves. I can't speak to other parts of the country specifically, but I can say that that sense of practicality was certainly something that was visible as I was growing up— the idea that if you can't find something you need, you can make it yourself.

It's probably relevant that my parents were both artists and take their art seriously. And they built the houses I grew up in. So I've been in an environment that really encouraged innovation and self-sufficiency for the sake of aesthetics. They are both very particular people. And that rubbed off on me. But, for instance, a big reason that I customize the cord I use is that I can't buy exactly what I want, premade. If this existed when I started out, I would have bought it to use. But there wasn't something that existed that stood up to my standards.

"I take it seriously. I want things to be just how I want them."

Ok, let's talk about materials. Tell me where your cord comes from?

Most of my cord is synthetic but I do use some cotton. The synthetic is much more durable. The cotton lasts too, but it just doesn't have the durability in terms of waterproofing. And there are certain techniques that just aren't possible without adding glue to the cotton cord. I don't like using glue. It's messy, it's nasty, and it changes the vibe.

I feel like if you have the intention that someone is going to wear this for a long time and cherish it, that makes a difference.

CB: With the synthetic cordage, I am elevating a very inexpensive material, and charging a decent amount for it, because of the labor that I'm putting into it. It's important for me to ensure that the true cost of the material is understood. Because even though it is high quality in terms of durability— yes, it is synthetic. It is nasty to make. You know, plastics are gross. So really taking the time to turn it into something beautiful, and something that is going to last makes it worth existing in the first place. Does that make sense?

Sure, you are repurposing something that isn't intrinsically pure into its highest value.

CB: Yes. I take it seriously. I want things to be just how I want them. And, with a piece like my soft shackle specifically, there tends to be scrap.

(Here he shows me how he carefully pulls one of the three threads out of the original cordage to get the desired gauge used to create the bracelet).

All that extra gets saved, and later I hand spin it to use on another piece. I really do try to use all the material I can.

Well...(here he politely dodges the question, the conversation turning to a discussion on creativity, and how he created the design for his poise cuff while he was still in college.)

C: Let me rephrase what I asked before. What are you wearing personally?

(Cat Laughs and shows me his wrist, which features several well-loved bracelets.)

Now that I can answer.  We have a bunch of stuff going on here.  This is the universal wrap, the first adjustable piece I've made. This piece relies on a technique that I have hand-engineered. It has slots that make it easy to adjust. For customers, it's great to be able to fine-tune the fit as the cord stretches. I'm excited about these, they've been in production for about 2 years, and they are quite popular and really fun to make.

Also I have the soft shackle. I really like these. It's the understated thing. I get into that, the idea that this looks simple, but it looks so simple because so much work goes into it. Really proud of this design, and delighted with how this piece has held up in terms of longevity and durability.

Third, I have something I made but haven't produced, and fourth a piece of conchneil-dyed rope. Just testing this, trying to see how the dye holds up. And finally, here's one of my sister clasp pieces. I love how these clasps look. Even though they are really a labor of love to make.

"I realized that I could define 'concept' however I wanted to."

(Cat takes me through the sandcasting process, in which he forms the unique mold which allows him to heat the raw metal and craft it into the simple, elegant clasps that are a hallmark of his designs. He then finishes the metal to give it an initial patina and combines it with the handwoven cord to create the final piece.‌)

It's like a literal sandbox that you are playing in. I groove on that, the idea that you are existing in this little world, where the grains kind of swirl around and you are pulling the pieces in to make this little amazing thing...

CB: You really are into the spiritualism of this whole thing, aren't you? (Laughs). I'm not judging, I'm just noticing.

Well, yes, but I think I'm trying to express the feeling that surrounds your craft.

CB: Of course. And it's true, intention makes good art. I went to art and design college, and was lucky enough to go to a school that put a value on marketability, and how to price your work. But what I'm really talking about now... is literally what the work looks like. How do you figure out what you are going to make at all?

You have to have a concept. And that didn't make a lot of sense to me until I realized that I could define "concept" however I wanted to. So swap out "concept" with "intention." What is your intention with your work?

For the most part, I am not trying to say something specific with my pieces. It's not like "this piece is about climate change." But, I want to be intentional with every single step in the process, and with every single aesthetic decision and have a reason for making them, even if it is just personal aesthetics. And that's going to result in a piece that really speaks to me as a maker, and expresses my ideals and my concept of beauty.

CB: I just really like finishing pieces of jewelry. They look so damn good when they are done.

If we took the utmost care in researching what we consume, the chances are we wouldn't end up with much of anything. The costs of manufacturing, production, and sales of items that appear wonderful to the naked eye often have a more complicated backstory than we realize.

We don't really want to pollute.

We don't really want to overconsume.

We don't strive to spend our literal and figurative life currency on something that will end up discarded, trashed, and left in the landfill.

Unfortunately, that's often what we do. Shinier things come along, and, devoid of any secondary attachment to a thing that already lacked much care, we scrap the thing with no second thought.

That's why it's refreshing to meet people like Cat, that elevate normal simple things into simple things we can cherish. And do it with thoughtfulness and precision. Because, at the core, cleanliness, unclutteredness, and simplicity are what we really want things to be. 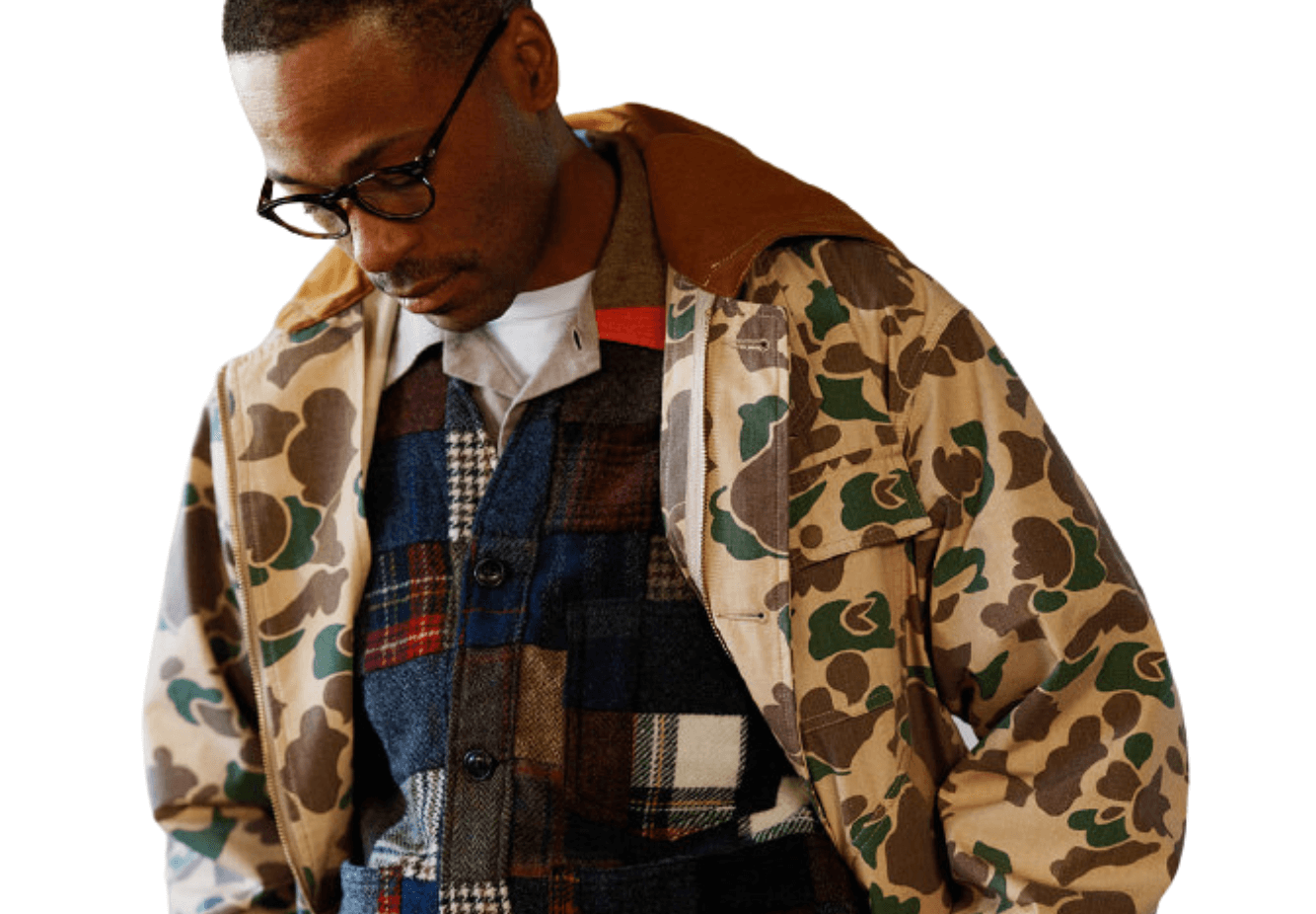 8 Brands to help you stand out in a preppy world.