12 Of The Best Hand-To-Hand Combat Movies

Real-life violence sucks, but hand-to-hand combat movies are pretty darn entertaining. Here are a few of my favorites.

Real-life violence sucks, but movie violence can be fun as heck. So while we tend towards peace and love and avoiding punching at all here, we also recognize that some of the most entertaining movies featuring lotsa lotsa fighting. And some of the best fighting is that of the hand-to-hand genre.

Who needs guns when you can watch a guy deliver a 100mph punch? Not me.

Here are some of our favorite hand-to-hand combat movies.

Whether you're a martial artist or just enjoy watching hand-to-hand combat on the big screen, there's no denying that these movies are some of the best in the genre. From classic action flicks like "Bloodsport" and "Enter the Dragon" to more modern films like "The Raid: Redemption" and "John Wick," these movies have it all if you are looking for a little old-school violence to help you blow off some steam without actually hurting anyone.

If you're looking for a good hand-to-hand combat movie to bring the excitement up and the blood pressure down, check these out.

A classic martial arts movie starring Jean-Claude Van Damme, who, let's face it, has proven himself to be pretty awesome (and aged much more gracefully than his contemporary, Steven Seagal) Bloodsport is a slam dunk for any fan of the genre. The film follows Frank Dux (Van Damme), a US Army soldier who enters an underground martial arts tournament called the Kumite. Ohhh, sounds dangerous. Dux is not your typical martial artist though, as he has been trained in the art of Ninjutsu by a Sensei named Tanaka. Oh ya, okay, bring it.

The movie is full of brutal hand-to-hand combat scenes, and Van Damme's performance is on point, launching him into the action stratosphere, and laying the groundwork for me to enjoy one of my favorite movie experiences of all time, watching Hard Target three times in one weekend at the theater with my buddy Joe.

Did you know: Bloodsport is generally accepted to be the inspiration for the Sega video game "Mortal Kombat."

The seminal kung-fu flick Enter the Dragon is one of the most famous action films of all time, for a reason, and a must-see for any fan of hand-to-hand combat movies. The movie follows Lee's character as he enters a martial arts tournament on a remote island, hosted by a villainous crime lord. Who doesn't love remote islands and martial arts tournaments? What a formula.

This is the film that Lee is most remembered for in the USA— it's one of those movies that you've heard of, even if you haven't seen it. And it set the template for an entire genre of films.

Despite the fact that Enter the Dragon was produced on a tight budget (Lee was only paid a measly $7,500 dollars to star), it became one of the most profitable films of all time, earning 400 times its original budget. It was also the last film Lee filmed before his early and untimely death at age 32.

Did You Know: Young Jackie Chan appears in Enter the Dragon, playing the role of various guards who get their butts kicked.

A modern hand-to-hand combat masterpiece, The Raid: Redemption follows a team of elite Indonesian special forces operatives as they attempt to take down a ruthless crime lord and his army of thugs. The movie is non-stop action from beginning to end, and features some of the most impressive hand-to-hand combat choreography ever put on film. This movie is on pretty much everyone's list of top action "fighting" films, for a reason.

Did you know: The Raid: Redemption is directed by Gareth Evans, who also helms the insanely good "Gangs of London", a show that features some of the most bonkers-awesome action scenes I've ever witnessed, including the absolutely insane farmhouse shootout and each and every truly amazing fight scene with the character Elliot Finch a.k.a actor Sope Dirisu.

If you haven't seen Nobody starring Bob Odenkirk, get on that. It's a great hand-to-hand combat movie that is also funny, clever, and features some of the most surprisingly satisfying action sequences of recent memory when Hutch Mansell (Odenkirk) takes on a bus full of mean dudes, rescues a Hello Kittie toy, and teams up with The RZA and Christopher LLloyd to create a booby-trapped-lair you have to see to believe.

Nobody's use of the usually-comically-cast Odenkirk in the time-honored role of badass-gone-straight-but-just-for-a-minute-there-oh-no-he's-back-with-a-vengeance lends an invigorating and believable angle to this action extravaganza.

Did you know: The scene where a bunch of dudes in a tattoo shop decide NOT to fight Odenkirk is a recent favorite of mine.

A Korean hand-to-hand combat film that is equal parts brutal and psychological, Oldboy is another super solid entry for any fan of the action combat genre. The movie follows the story of a man who is kidnapped and imprisoned for 15 years, only to be released and given just five days to find his captor. Better get on that, dude.

The movie is full of twists and turns, with the prerequisite awesome fighting scenes. If you haven't seen Oldboy, I highly recommend it.

Did you know: Oldboy is actually based on a manga series written by Nobuaki Minegishi and Garon Tsuchiya. And the original Oldboy comic book was actually published in Japanese, not Korean.

A Thai hand-to-hand combat film starring Tony Jaa, The Protector is a crucial watch for any fan of martial arts films. The movie follows Jaa's character as he sets out to rescue his prized elephants from ruthless criminals. Elephant rescue? Hell ya, let's do this! Lot's of action here, even if the story is a bit stunted at times.

And elephants! Getting rescued!

Did You Know: There are elephants getting rescued in this movie.

A Hong Kong hand-to-hand combat film based on the life of Bruce Lee's teacher,  Ip Man follows legendary Yip Man's (Donnie Yen) life from his time as a student of Wing Chun to his later years as a teacher and master of the martial arts. This movie spawned a successful series of Ip Man films.

Did you know: The real Yip Man is considered one of the all-time martial arts masters.

The sequel to The Raid: Redemption, The Raid: Berandal picks up where the first film left off, with our heroes once again facing off against a ruthless crime lord and his army of thugs. The movie features the expected-yet-always-welcome bonkers action from beginning to end, and is bonus fun for all the fans of the original Raid movie.

Did you know: The Raid: Berandal was actually supposed to be released before The Raid: Redemption but due to financial complications, the release was delayed by two years.

An Indonesian hand-to-hand combat film starring Joe Taslim, The Night Comes for Us follows a former hitman as he attempts to protect a young girl from the ruthless criminal underworld. That's never a bad way to put your awesome ninja skills to use.

This film is pretty darn violent, but hey, I guess you are still reading this article, so you must be down.

Did you know: The Night Comes for Us is based on the novel of the same name by Timothy Dimas.

You knew this movie had to be on this list. A groundbreaking action movie starring Keanu Reeves, "John Wick" changed the genre by featuring an innovative style of combat that blended martial arts action with gunplay. The resulting movie made us all say to ourselves "oh, that's what it probably looks like in real life when an assasin is actually trying to ruthlessly kill somebody."

John Wick is notorious for its innovative plotting and colorful underworld characters, all while following John Wick (Reeves), a retired hitman who comes out of retirement to seek revenge against the men who killed his dog.

A hand-to-hand combat-filled comedy from director Stephen Chow, Kung Fu Hustle follows a group of hapless con artists as they attempt to scam their way into the local Mafia, only to find themselves in way over their heads. The movie is chock full of impressive choreography and features some iconically fun fight scenes. If you like martial arts and comedy, this is the movie for you.

Did you know: In addition to directing, Stephen Chow also stars in Kung Fu Hustle as the main protagonist, Sing.

A classic karate film starring Ralph Macchio and Pat Morita, we just had to put this on here for the nostalgic value. Plus, this is a hand-to-hand combat movie you can actually watch with your...kid. "The Karate Kid" brought karate to an entire generation of American movie-goers and inspired numerous mock battles between 10-year-olds on the eastside of Bangor during my youth.

The movie follows young Daniel LaRusso (Macchio) as he is trained in the martial art of karate by martial-arts retiree Mr. Miyagi (Morita) in order to defend himself against grumpy San Fernando Vally karate-elitist bullies. After discovering a way forward via the spiritual element of karate, Daniel must face off against the ruthless(?) Cobra Kai dojo a-holes in the All-Valley Karate Tournament. Does he prevail? Um, hell ya he prevails.

Did you know: The original title of The Karate Kid was actually "The Kung Fu Kid" but was changed to avoid confusion with another film that had already been released with a similar title. 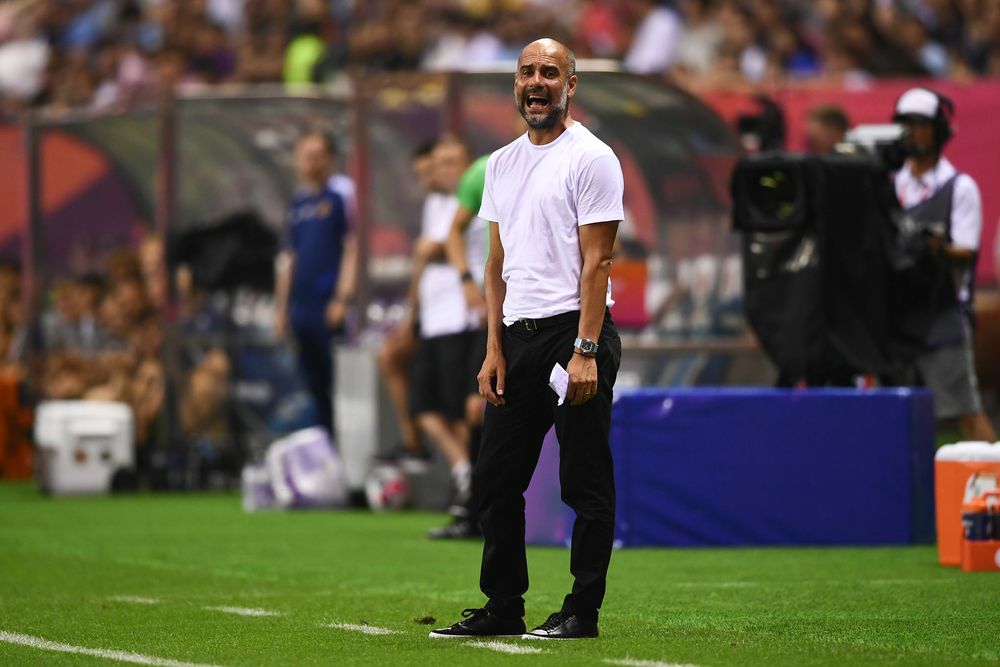